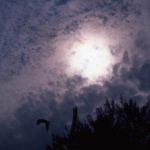 Several theoretical perspectives presented in peer reviewed papers and books are advancing the way that key aspects of mental illness and other phenomena are understood, including:

Hypomania overrides depression in the moment to restore adaptive functioning, with dysfunctional mania arising from defective regulation over the hypomanic defense.

Psychosis represents another instance of defective regulation, in this case over psychotic level cognitions and sensory perceptions, allowing them to intrude into the conscious and awake state.

Repetitive maladaptive patterns of behavior (repetition compulsion) are reformulated into non-traumatic and traumatic versions, with the former derived from an evolutionary-based process of acquiring patterns of behavior, and the latter a dissociative defensive process to protect conscious system functioning.

Personality disorders are conceptualized as extreme and enduring expressions of defense processes that are adaptive in a milder and less persistent form.

Below are my peer reviewed articles with the full title, followed by the pdf link. Click on the pdfs that interest you to gain a new perspective on the topic.

Psychosis: A Synthesis Of Motivational And Defect Perspectives

What Is Sexual Orientation All About? Explaining An Evolutionary Paradox

A Four-Component Model Of Sexual Orientation & Its Application To Psychotherapy

The Rational Unconscious: Implications For Mental Illness And Psychotherapy